Today has been a rest day at Royal Gorge on the easternmost slopes of the Rocky Mountains where we have followed the course of the Arkansas River as it enters the mountains. There is a pedestrian suspension bridge across the canyon that was built in 1929 and overlooks the Arkansas River more than a thousand feet below. The area has been developed as a theme park where, as Chuck noted, “everything has been monetized.” I wasn’t interested. After nine straight days of cycling I took it easy and hung around camp.

What can be said about Kansas? One morning, we left the town of Newton and about six miles later a natural gas line exploded in a wheat field next to us. Wow!

The winds in Kansas never stop, but fortunately never blew directly in our faces. On a few occasions we enjoyed fabulous tailwinds that propelled us at speeds up to 30 miles an hour with little or no effort for stretches of twenty miles at a time. I appreciated the help getting us across the border to Colorado that much quicker. 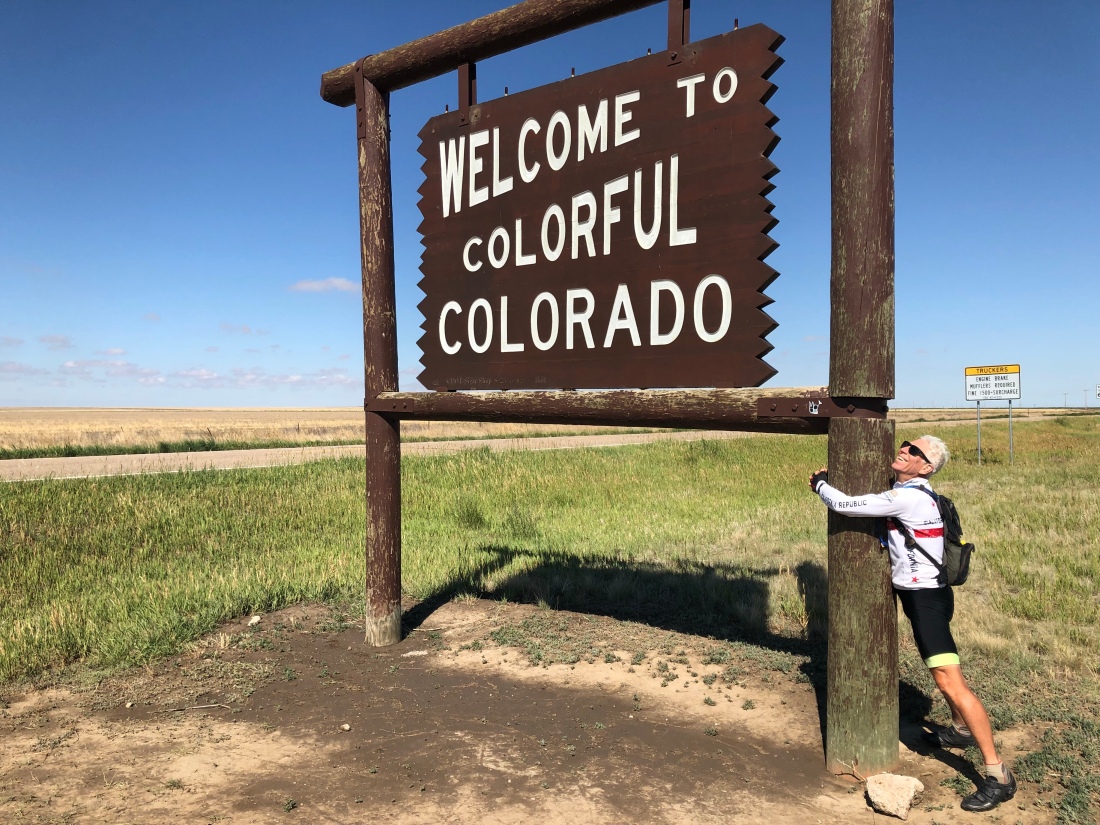 We passed the 2000 mile mark in Kansas and marked the occasion in the morning with a photo outside the church where we stayed. (I’m the “2” with Marie, Chuck and Steven as the zeros.) Later that day the town was hit with a flash flood that saw water rushing down the Main Street over a foot deep! Yes, they got weather here! 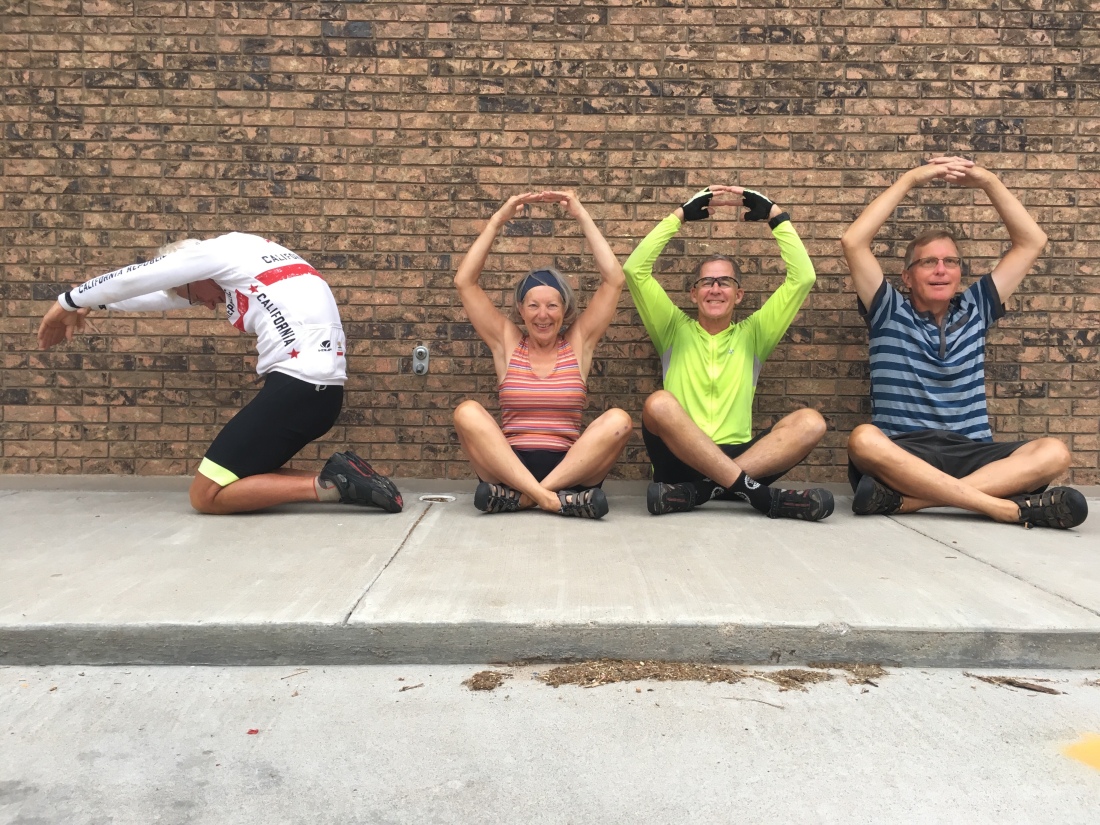 In the landscape of nothing but massive farms stretching in every direction many of us resorted to guessing the distances to the next grain elevator on the horizon. We also had to share the road with some massive farm equipment being shuffled around for the winter-wheat harvest in full swing.

Oh, and did I mention the feed lots and cattle transport trucks with their special aroma. “We say ‘that’s the smell of money’ around here,” one local told us.

So hello Rocky Mountains and the western half of the Transam route. The next two days will be tough with lots of climbing but the sheer grandiosity of the mountains is enough to set the soul to singing.