The breathtaking beauty of Wyoming has been a surprise as we have made our way to Jackson Hole for a rest day. We spent the Fourth of July in the bustling town of Lander where there was a parade, rodeo and fireworks. Our little band of touring cyclists was asked if we wanted to be IN the parade or just watch it. We watched. It was a great opportunity to see authentic celebration in the middle-American west and people watch. 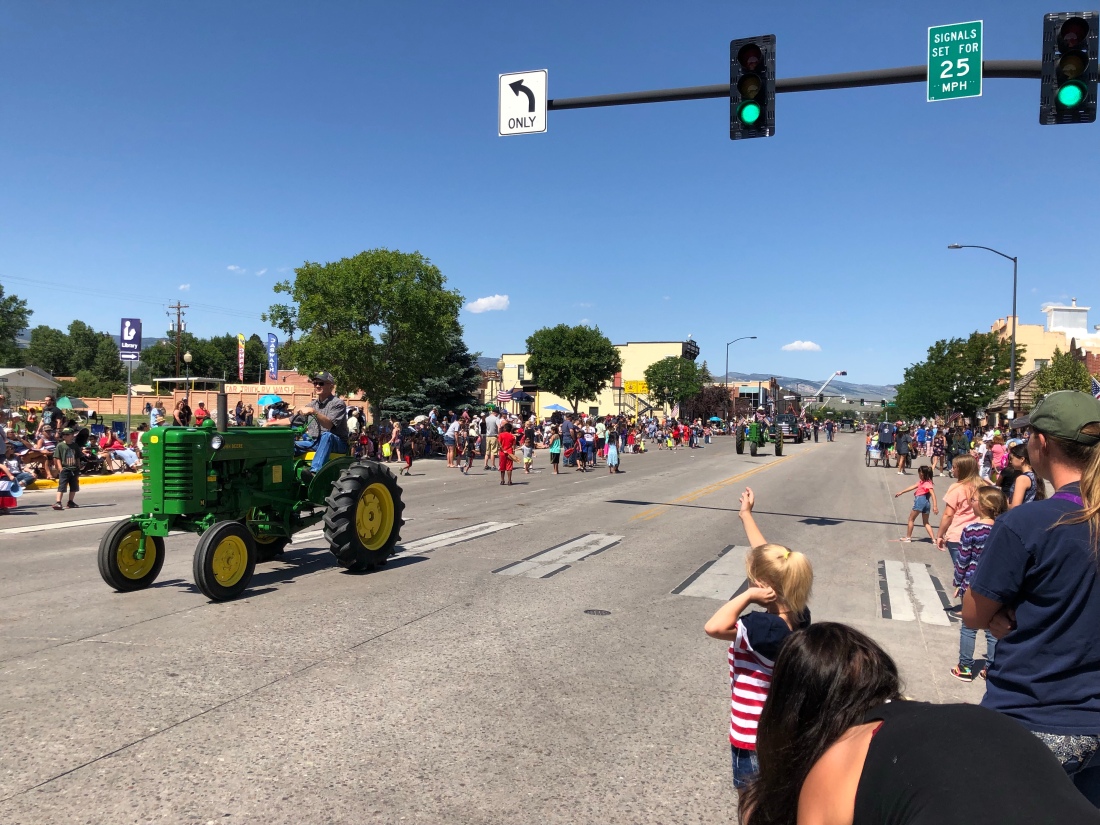 The parade crowd was very diverse although the majority of the parade participants were people running for political office, most of them under the Republican “brand”. There was an LBGT float and I was given a rainbow sticker. Interestingly, the announcer omitted mention of this float, while announcing every other participant. Still the crowd all had to watch this exuberant float go by…and be reminded of their family and friends and loved ones who fit the description!

In the end the fire department sprayed water on everyone at the main intersection.

I noodled over to the rodeo grounds to check out the preparations. The calves (not a happy bunch) and horses and bulls were all there. The show wasn’t scheduled to start till later when I could not attend so unfortunately I am still not able to proclaim “Hey, this isn’t my first rodeo!”

They do fireworks a little differently here in mid Wyoming; there is no central location or professional show. People all over town shoot off fireworks…big ones…until past midnight. We were camped on a bluff overlooking the whole town so we had a great view. Funny how annoying fireworks can get to be after a few hours!

After not enough sleep we left early in the morning in an attempt to avoid the fierce Wyoming winds. The riding to the Tetons included the most dramatic scenery of the entire trip: spectacular vistas, red-rock canyons, lakes and rivers, and the glory of the Teton range as it comes into our view.

Yes, that 17 miles of coasting downhill at the continental divide was kind of enjoyable. At Jackson Hole, a visitor showed up.

Barbara and I are spending five days together to be tourists in the Tetons and Yellowstone. I will rejoin the bike tour in West Yellowstone as we continue our trek to Florence, Oregon.