We blew through the 3000 mile mark at Jackson, Wyoming and marked the occasion with this photo featuring Charlie (seated) and Tom under one of the elk-antler arches that adorn the four corners of the town square. 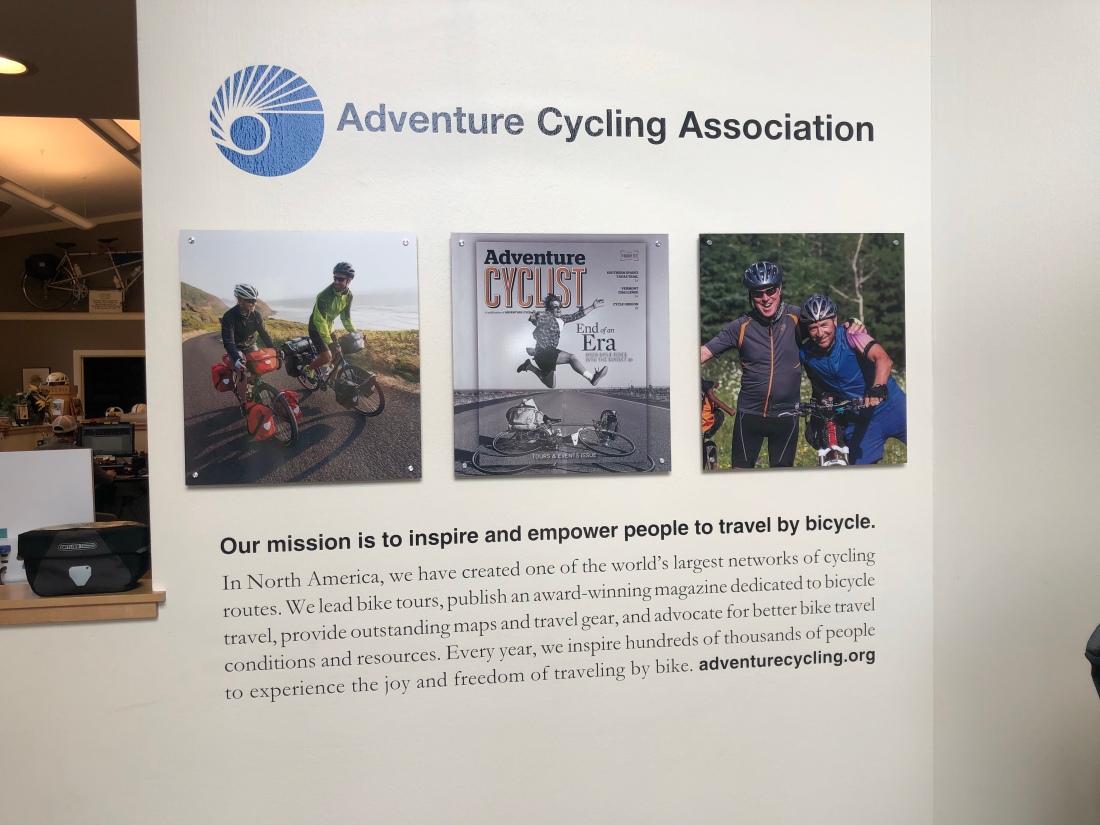 We proceeded to blow right past the 3500 mile mark several days ago and now find ourselves in Idaho after several days pedaling the byways of Montana. In Montana we went to Missoula and enjoyed a BBQ at the headquarters for Adventure Cycling on a layover day. Adventure Cycling is the non-profit organization that organized the tour I’m on. Their mission is to inspire and empower people to travel by bicycle. So they create maps, organize rides, advocate for trails, bike paths, signage and cycle-friendly policies and laws.

They treated us kindly, directed us to the freezer stocked with assorted ice cream bars (I had two!) and took us out back for photos and bike weighing. My loaded steed weighed in at 81 pounds.

On the wall is the tandem bike used in 1974 to scout out the TransAm Route that was created for the BikeCentennial in 1976, the same route I am doing now. For the last several days we have been following the trail taken by the Lewis & Clark Expedition in 1804. The west is so majestic and so grand, it’s no wonder that Americans created a huge mythology of the west. 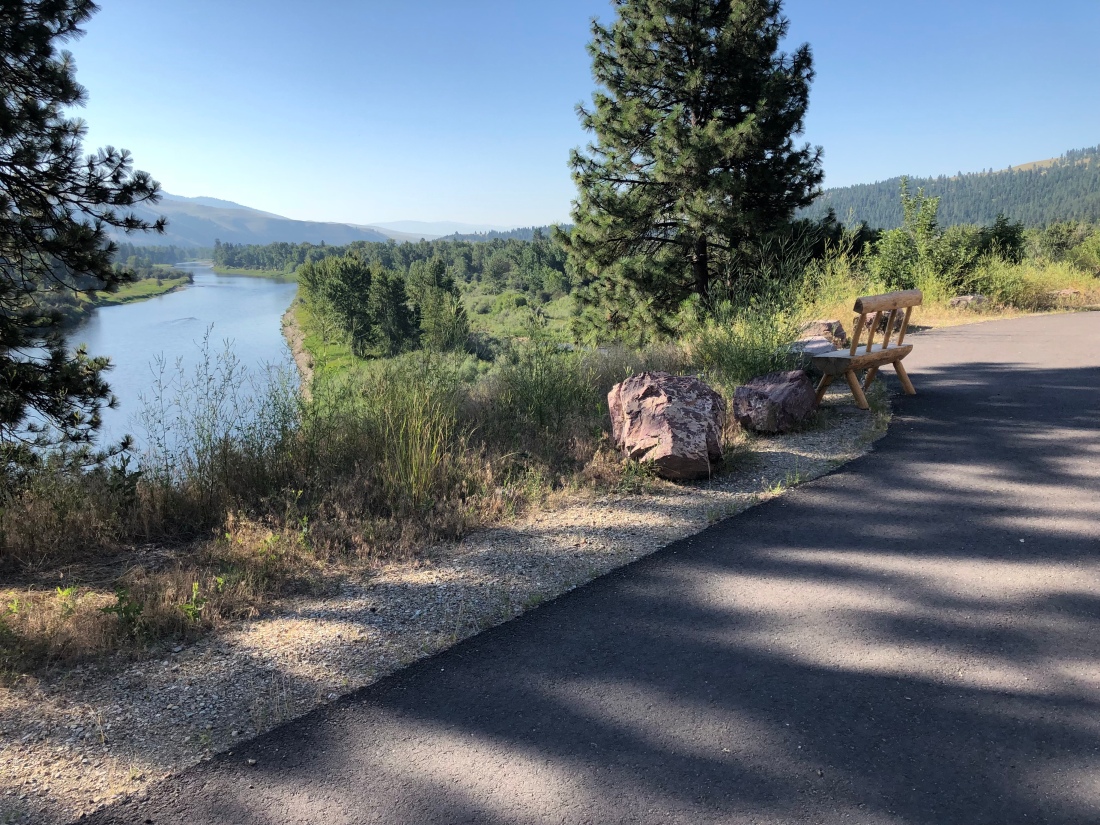 Towns and services in the west are further apart so we are traveling daily distances often greater than 70 miles. And for long stretches there is little or no cell service. Thus, it’s been tough keeping current on this blog. And now…the end is in sight and we are all “smelling the barn” that is the coastal Oregon town of Florence where we will have a ceremonial front-wheel dip in the Pacific Ocean and a farewell dinner on August 4th.

Today we landed in Grangeville, Idaho, where one of us on the ride was born and raised! Our companion, Bob from Cincinatti, is having the group over to his parents’ house where they are preparing a dinner for us!